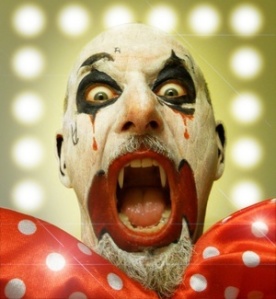 Twas but a quiet walk upon the moor

Back in early 1996, for fun outside of work, I started hanging out with the local counter culture at a place called The Domes (aka: Baggins End, Davis, CA). From there it wasn’t too far a leap to find myself smack in the middle of The Whole Earth Festival (WEF), an annually held event on the University of California, Davis campus.

A typical afternoon at the Whole Earth Festival, minus the naked people who always show up

The festival staff and volunteers throw the event from Fri-Sun, every Mother’s Day weekend. By most estimates, about 30,000 people show up each year, some of them with fewer clothes than are legally required. There’s a Maypole sometimes (it used to be tradition, but times change). There’s a drum circle (always). And there’s a few thousand pounds of waste generated (upwards of 95% gets composted or recycled these days).

A lot of the festival folks are involved in Burning Man, and have been since that event got its start on a beach north of San Francisco. The “leave no trace” aesthetic of Black Rock City is upheld at WEF, too, with sometimes as few as thirty people cleaning up after the event ends on Sunday at 5pm. By Monday morning at 8am, when the university opens for business, the campus quad is back to its old self again.

Calm and serene as the Highlands after Brigadoon disappears, albeit with a bit less mist.

I’ve always admired the festival staff for their commitment to cleaning up after their party and making an event of that size simply vanish overnight. The early morning quiet on the quad that following Monday is not too distant from how I imagine a Scottish Highland where magic is felt in the air and on the skin, and a lingering ache of absence in the heart.

Read the rest at AJ’s site and be sure to enter the contest!