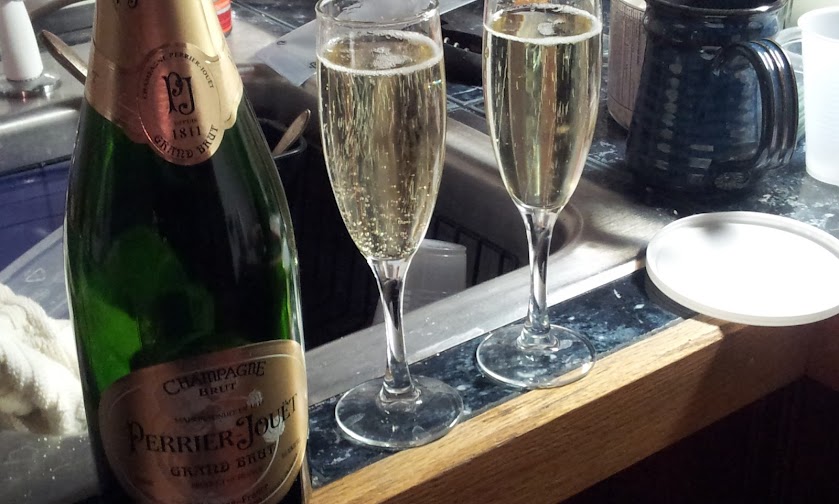 We’re living in the house, or as Bertie calls it these days, ‘Barton Cottage’ — heh! Well, we’re no Elinor and Marianne, but it is apropos I suppose as we pass the 200th anniversary of the release of Jane Austen’s most famous book. Our place does not actually have ‘dark, narrow stairs, a poky hall and a fire that smokes’ but it is rather chilly at present. We stoked up the wood stove in the kitchen and it heats things quite well. Now we need to go get more wood.

Moving is never pleasant. It even brings out the bad side of Aloysius! There’s always so much to do and we have a lot of piles of things here and there as we figure out where to put them and how much work needs to be done. It’s an old house, so there are alterations and improvements to make. But it’s also pretty cool: it’s our house! We can do what we want. Although Bertie was not keen on my suggestion for graffiti to cover the walls.

But we both agree with Oscar — the wallpaper’s got to go!

Today’s vast improvement was the internet. How much easier to do my work when I have WiFi. I’m so behind on answering emails and sorting things out that I ought to have done, but since I left the notes on my lap top, I didn’t bother looking at them.

We’ve met some of our neighbours, who seem very nice. There’s a library and a post office just up the road, a grocery store not far and Hudson just 2 or 3 miles the other way. It’s an easy drive to campus up 9H and then over on 90. I get a lovely view of the Catskills as I drive north and most mornings I see a flock of wild turkeys in the fields.

I’m going to have to get pictures of the angry Pumpkin King and my future Pirate Ship, which I think needs to go down on the lower, marshy part of the hill. An excuse to get planks for walking. Gardening once the weather gets warmer. And the feeder is already busy: three kinds of woodpeckers, including a red-headed one, loads of finches and sparrows, as well as a little red squirrel.

Kipper and Connor will have to work at their rapprochement, but in the meantime upstairs is Kitty Town and downstairs is Dogville. We’re thinking of extending the porch around the back so we can watch the sunsets over the Catskills. Doesn’t this look like a big phoenix soaring into the west? 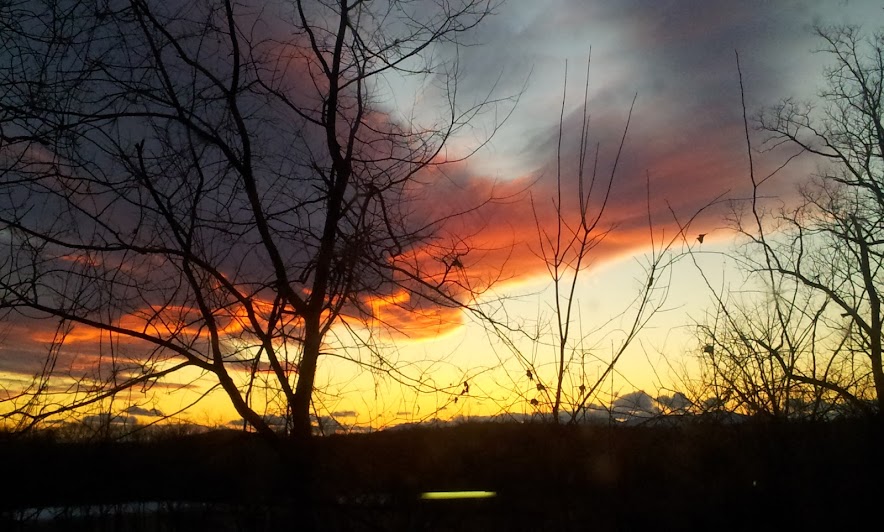 I’ve got a new story up over at Thrillers, Killers ‘n’ Chillers, ‘Grotesque’ and I’ve also got a piece on fabulous director and noir star, Ida Lupino because I’ve taken over Mr B‘s column in the current edition of Pulp Metal Magazine (speaking of Mr B, you can hear the original ‘Drunk on the Moon’ short story as a podcast over at Crime City Central). PMM is the Ladies Night issue. Drop by and check it out. And one more thing I may have forgotten to mention: my satirical piece “How to Succeed in Academia” will appear in the collection So It Goes: A Tribute to Kurt Vonnegut. See the whole ToC here. Very pleased with that.

I’ll be talking at the Albany Public Library on April 10th at 7pm, “Social Media & Writers in the Digital Age: how have Facebook, Twitter, and such changed the life of the writer in the 21st century?” and reading from Unquiet Dreams. Tip o’ the hat to Vincent Zandri; nattering away at his event, so the library folks asked me to do one as well. He wants to get a Noir at the Bar started up here. I’d be glad to be part of that!