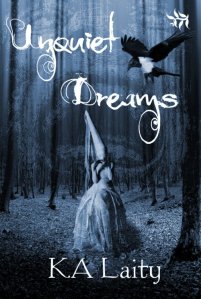 I’ve moved the blog over here to the website and changed the feeds for Facebook and Twitter [something most of you will not care about or have any idea what it’s about, but never mind]. The serial has moved to Kit’s page over here, too. I’m not deleting the blogger accounts: some of the five thousand comments didn’t transfer and well, there’s eight years of history. I’m not going to callously discard it.

I am kind of amazed at the amount I’ve written on the blog. You might want to suggest that it should be turned into a book; well some of it has. And some more will be soon (let me whisper the title now: The Triumph of the Carpet Beetle) but anon. While some folks have suggested I “write too much” (a concept I don’t understand or accept) I’ll remind you that I’m making up for all the lax years where I wrote nothing (either through sloth or through fear, the latter far worse of the two).

Don’t worry about anyone judging you for what you write. Because they will, it doesn’t matter and it seldom has much to do with what you wrote anyway.

And some people will like it. So write, paint, sing, play music, build equations — create. It’s what we’re meant to do.

I’m guest reviewer over at UnBound today, writing about a wonderful book. Here’s a snippet:

From the low white walls and the church’s steeple,
From our little fields under grass or grain,
I’m gone away to the fairy people.
I shall not come to the town again.
Lord Dunsany, “The Fairy Child”

A handful of writers make up my “buy whatever they write” list and Joyce is one of them, along with people like Liz Hand and Clive Barker. The title of this one hooked me instantly, as fairy tales are kind of an obsession with me. I had the additional delight of speaking with Graham at Alt.Fiction about the “extremely dangerous fairy folk” as we should call them, because those who associate them with twinkly lights and tinkling laughs just don’t know the truth.

Be very sure: they are extremely dangerous… [read the rest]