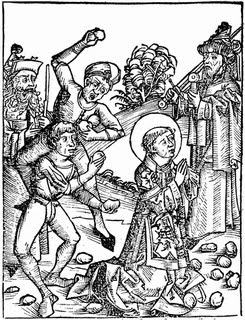 This is a flash piece for a challenge put up by the ever resourceful Patti Abbott: for the rest of the entries pop on over to her blog. The link was the line “I really don’t mind the scars.”

She seemed so small at the big table, a drink with the palest hint of green beaded with sweat next to the flickering candle. His heart swelled. He knew he wouldn’t tell her—at least not that night—that the emotion flooding his ventricles was protectiveness. She was so self-sufficient, what with her little candy shop and her scrupulously kept accounts.

He had seen them—and her—when he first figured out the clues. Her username (“candyheart”) and her avatar (the gift-wrapped 1lb dark chocolate truffle box) added to her “self-employed” designation and a few casually dropped references to the chocolate trade. You didn’t have to be Sam Spade to connect the dots.

“Tabitha?” He added the question mark to his voice in order to play the part of the uncertain swain.

She smiled. “It’s you.” Her hand thrust out awkwardly and he enclosed it in his large paw, feeling a surge of satisfaction that felt so primal, so right. It took all his strength not to enfold her in his arms at once. Calm down, you’ve got a lifetime.

The drink, she explained, was zubrowka, a kind of Polish vodka with some sort of grass in it. Normally he’d find such a thing unhygienic, but because it was her drink, he got one, too. The cold bite of that first sip sealed the night for him. He didn’t usually drink but there was something so clean about the taste, he knew it was a sign.

Talk came easily, just as it had online. Over the flank steak Tabitha confessed, “I still think of you in my head as Number 7.” The pink blush on her cheeks did something to his insides. They churned like hot taffy.

“It’s not actually Number 7. It’s Double O seven,” he corrected her. “It’s from a movie—actually a series of movies.” The vodka made him feel expansive, he forgave her misunderstanding easily.

Her laugh tinkled like broken glass. “When you said it out loud, I remembered at once. James Band!”

The bloody red of the steak as she popped it in her mouth increased the warmth he felt from her nearness and the drink and the night. “I have something to show you,” he said feeling the heat a little too much on his brow.

“I know,” she said, smiling yet, though her eyes grew serious.

He looked over his shoulder to assure himself no one else in the room was paying them any attention, then began to unbutton his shirt. For a moment, he hesitated, then pulled back the crisp linen to reveal the long welts across his chest.

Tabitha reached up her tiny hand to touch his skin. It was electric. He thought her tiny nails, varnished an innocent pink, somehow made the slender fingers even more delicately beautiful.

“I really don’t mind the scars,” she murmured, turning her bright eyes back to her plate, a crimson flush rising up the back of her neck—visible even in the dim light of the restaurant. It foretold a sensuous nature.

“May I walk you home,” he asked, his voice catching slightly as he slipped the raincoat over her small shoulders.

“Of course.” Her bright eyes promised so much. Surely the path to her home would have some quiet corner where he could test that promise and take that little girl into his arms. When they crossed Pine at the corner and she pointed off toward Yates, he knew the right place.

“Can we step in here a moment?” He gestured to narrow behind the Chinese restaurant. His heart leapt into his throat. “I-I wanted to kiss you. I didn’t know how to ask.”

“Shhh,” she said and took him by the hand. They walked into the passage and she turned her bright eyes up to him.

“You’re so lovely, Tabitha.” He rested his big hands on her shoulders. “So very lovely.”

“And you’re so delicious, Number 7,” she said with a smile, her white teeth glinting in the dark.

“No, Number 7,” she corrected him as her mouth dropped open and she sunk her teeth into his chest, tearing away a gaping hole in the flesh as he clanged back against the rubbish bin. Her grin transfixed him as she wiped the blood across her face and it dripped onto the raincoat. Quick as a lightning bolt she struck again, cracking ribs and growling. Then he saw it was his heart in her teeth, blood still furiously pumping out of it in all directions.

She popped the heart out her mouth with one tiny hand, bouncing it up and down as if weighing it. “I know, dear, I know.”