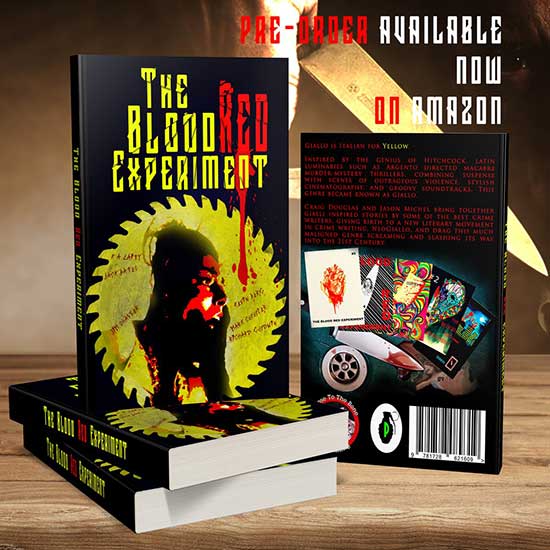 Inspired by the genius of Hitchcock and his suspense films, Italian luminaries such as Dario Argento and Mario Bava directed macabre murder-mystery thrillers that combined suspense with scenes of outrageous violence, stylish cinematography, and groovy soundtracks. This genre became known in their native Italy as giallo.

Giallo is Italian for yellow, inspired by the lurid covers of cheap thriller novels, in the way that pulp fiction was derived from the cheap wood pulp paper of the crime stories, or Film Noir came from French film critics seeing the influence of chiaroscuro German Expressionistic lighting on mid-20th century crime films.

Craig Douglas and Jason Michel bring gialli-inspired stories together from some of the best crime writers on the scene today to a wider audience, giving birth to a new literary movement in crime writing, NeoGiallo, and drag this much maligned genre screaming and slashing its way into the 21st Century.

Includes my wild novella MADONNA OF THE WASPS