I am profiled over at Eden Baylee’s blog today. Drop by and say hello to find out what lurks inside my mind lately. I suppose it’s the usual sort of thing, but Eden has some interesting questions that I have not had in an interview before, so maybe you will learn a few new things about me.

I sent back the page proofs of Owl Stretching last night. I’m just the worst at finding those last minute errors. I get caught up in the story and forget to check for errors, argh. Let’s hope that the careful eyes of Sharon and Storm have caught the most egregious errors. Any that remain are my fault alone. I was pleased to find that I still enjoyed the story. It has been so long since I actually finished writing it that I found I had forgotten a lot. Of course there are jokes that only a few people will get, but the I think the undercurrent of constant surveillance and the jaded audience are even more apparent now than they were when I was writing it. Yet so much of my life has changed since then; the acknowledgements capture those changes. And yes, there is a Ruby cover forthcoming; fingers crossed it’s just as gorgeous as her work for Pelzmantel.

I’m working away on White Rabbit. Not sure I can say much about it at this point but it remains fun and interesting, and while I’m sure that I know where it’s going, there are a lot of surprises along the way, so that’s a good thing. Writing the occasional short thing in between, but mostly in this for the long haul for as much of the time I have left in Scotland.

Alas, it grows short. And no, not sure what I’ll do once I get to the States. Sorting it out soon.

I have a few reviews lately over at A Knife and A Quill. Drop by and check them out.

Tales of the Nun & Dragon, out soon — and now with music!

We said good-bye to Steve Browne yesterday; his memorial was held at their place in Berne. Maryann told me that Mary had more people offering remembrances, songs and stories than they could accommodate in the service, so a friend was filming all those who wanted to speak or perform. I went to the Howff and thought of Steve and those who loved him and how we would all miss him. Good-byes are always difficult. 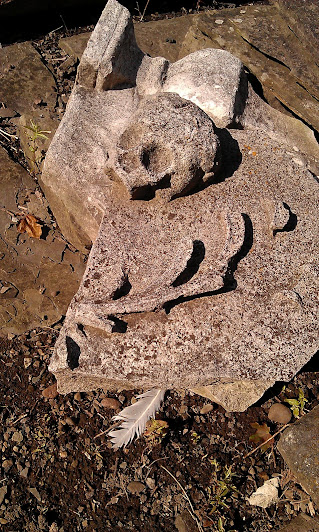