Give the gift of music this holiday season (or all year long!) Some suggestions:

I was sold on the packaging before I heard the first note. Of course I’ve been sold on Godard for ages but this is such a bright swinging disc that it hasn’t been out of rotation since I got it. From the first note to the last there’s not a moment’s boredom. People use the term ‘infectious’ all the time, but there’s just no other word to describe it. It’s clever and light-hearted, genuine Northern soul. After the bouncy intro, ‘Holiday Hymn’ is just that:

Typically, what seems like just a bit of fun masks the melancholy depths behind it:

Today all the girls
Are feeling sad but they don’t let it show
With a tear in your eye, smile on your face
I know that you know
More than you let me know
Your eyes would melt the snow.

It’s all just that good. I defy you not to dance to ‘Happy Go Lucky Girl’ — or for that matter ‘Born to be a Rebel’ or — well, you could dance to all of it. Devils and demons cavort with the lost and the nearly hopeless just looking for redemption, or a beast who could be saved by your love. For all its authentic 1979 sound, what keeps this from ever feeling like nostalgia is the world-weary good humour in Godard’s voice. Love this.

THE POSSIBILITIES ARE ENDLESS soundtrack

There’s a connection here: Edwyn Collins. He co-produced Godard’s album and he produced another of my current faves, Paul Quinn & the Independent Group’s Will I Ever Be Inside You? (which I also cannot recommend enough though it will break your heart). I just got the soundtrack to this film which I will be ordering, too. It follows Collins on his path from huge pop star to stroke to recovery and return to music. I saw the short half hour film on the BBC some time back and it was amazing so I can’t wait for this. The soundtrack is wonderful. 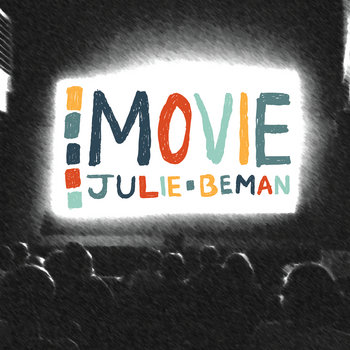 I know I’ve mentioned this one before, but it’s worth a mention again. Julie is a woman after my own heart, throwing herself into her creative muse with curiosity and no preconceived notions about what it should produce. We have ongoing conversations on Twitter about that process, about how pop music doesn’t get any respect — a perfect pop song like Julie’s ‘Hollyhocking’ is a thing of genius more so than some dull bum-faced mugging ‘perfect’ guitar solo — and of course various rants about the way the world ought to be 😉 And she recommends great stuff to me, like Ex-Hex, because good stuff leads to more good stuff.

My pals The Autumn Stones have a new single out called “Endless War” (a tune for our times, indeed); Mr B recommended Colorama and I’m grooving on them a lot. Check out their Welsh tunes, Dere Mewn. And this morning the Queen of Everything (AKA S. L. Johnson) got my feet moving with Sharon Jones & the Dap Kings (the latter even backed up Amy Winehouse, so you know they rock). Jones has an awesome voice. There’s a whole lot out there — find your muse.