Last Monday I headed down to London to catch a few exhibits. My first stop after dropping things at my hotel was to drop by the Royal College of Physicians to see John Dee’s Library. The RCP gave me strong sense of dejá vu for my Harvard Med years, where the rich and powerful men sat around dark paneled rooms making rules and plans. This is the Censors Room where decisions were made about who was allowed to practice medicine. 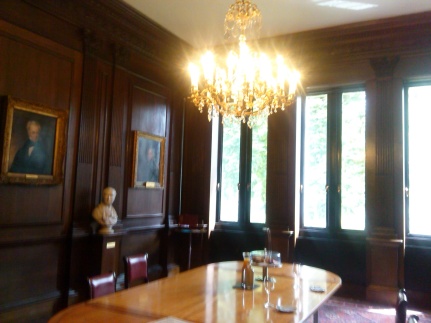 It was difficult to take much in the way of pictures, what with the low light and no flash allowed. Most of the cases were covered my light-obscuring cloths to protect the books. It was interesting to see what Dee had collected, but mostly how he had annotated the volumes with his own thoughts (click to embiggen). Familiar items from the British Museum were there, too, including his scrying mirror and its case. 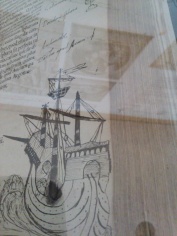 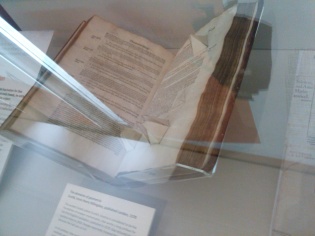 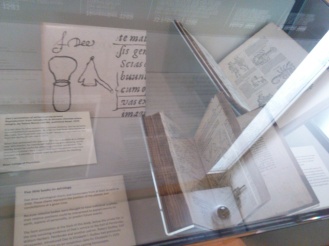 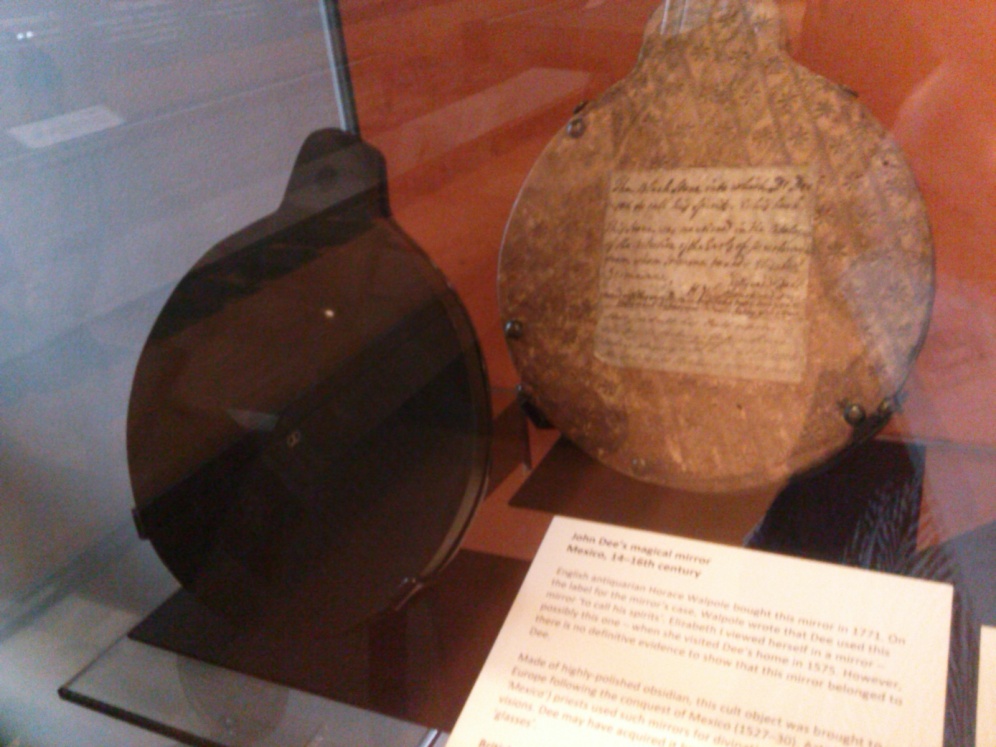 I had to have a tag to identify me as a visitor. They had several conferences going on at the same time. I didn’t quite manage to slip into the tea and cakes that were out for one of them.

There’s a wonderful series of gardens, too. They had a Shakespeare theme going on in the foliage, highlighting plants that appeared in the plays (oddly enough the Bard became a theme for my week). 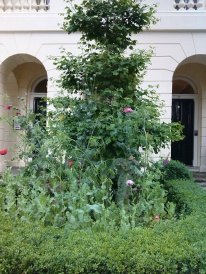 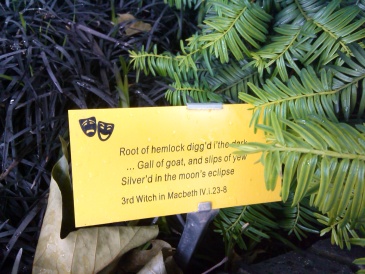 More to come of course —