I should have been in Scotland weeks ago. I miss my family, I miss Dundee, I miss livable weather, too. I miss idling in the Howff and dropping by my favourite paintings in the McManus or standing on the little observation deck in the V&A watching the Tay flow past. I miss all of us heading out to Broughty Ferry to beachcomb and eat ice cream and wander around. Or Balgay Park or the Botanic Gardens.

This week I ought to have been off to Prague for the World Congress of Scottish Languages and Literatures. I was so looking forward to wandering the medieval city of alchemy. Next year, I hope. Who can say?

I was excited about the idea of presenting work on my favourite medieval Scots story, The Taill of Rauf Coilyear and its context. The medieval collier who meets King Charlemagne is so much fun and still so little read, that it is my pleasure to keep recommending it (and medieval Scots in general! So many fun tales). My presentation would have focused also on another fave, William Dunbar, and his seething poem against his rival for King James IV’s attention, the alchemist John Damian, who memorably attempted to fly from the ramparts of Stirling Castle. He survived but just barely. 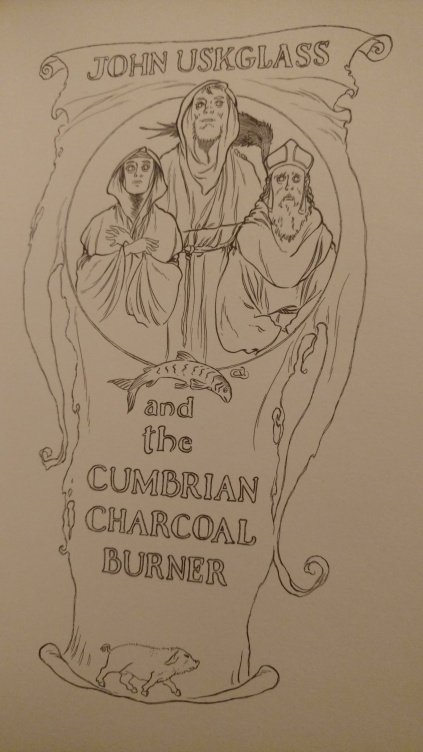 I know I should stop moaning about what cannot be: there are far more pressing issues right now. The work goes on — albeit much more slowly than my ‘normal’ pace. Is there normal anymore? Normal wasn’t great; it was just what we were used to.

It’s apparently #InternationalFairyDay: I sent off a piece on ‘performing fairy’ that dealt with Susanna Clarke’s ‘Mr Simonetti: or The Fairy Widower’ from The Ladies of Grace Adieu. She’s got a new book scheduled for release this fall, which is exciting. I enjoy traveling in her worlds and continue to think about the ways she has portrayed magic and fairies — and charcoal burners! Weird and disparate as all my strange obsessions are, they do connect up. The logic is clear to me — if to no one else.

Hope you are finding your way through these challenging times.